“Do your best to present yourself to God as one approved, a worker who does not need to be ashamed and who correctly handles the word of truth.” 2 Timothy 2:15

The Trustees are the stewards of the finances and facilities of the Church. The Trustee Board is responsible for making sure the various ministries and church entities are remaining fiscally responsible, and to the maintenance, betterment, and security of the facilities of the church. Below are the current Trustees at FCC. Please pray for them to be good stewards of First Christian Church’s resources.

David and Linda Aikins first came to FCC at the invitation of Coach Fambrough. They immediately felt at home and continued to attend after the loss of Coach. They look upon the church members and family and are willing to do everything they can to keep the family together. Dave recently retired from owning Lawrence Decorating for 48 years with his partner, Gary Schmidtberger.  Linda works at Grandstand Glassware + Apparel in Lawrence. Together they have five children and nine grandchildren and enjoy spending as much time as they can with them. David graduated from Erie High School in Erie KS, where he was an outstanding athlete in football, basketball, and track. After graduation, he played football at KU from 1965-1970. He looks upon those years as very special and maintains contact with his teammates. Linda graduated from Ashland High School in Ashland KS and moved to Lawrence in 1980. Dave and Linda have been together for 14 years. Dave served as a trustee from 2012 to 2016 and agreed to serve again this session.  David and Linda volunteer as servers at church; helpers with Bible School; eager participants in Trunk or Treat and look forward to future activities at the Church.

Christine Winters has been a member of First Christian Church since she and her husband, Leon (now deceased) joined in 2005.  She was baptized as a child and attended church most of her life but did not fully realized the redeeming power and awesomeness of what Jesus dying on the cross and being resurrected meant until later in life. Since then she has worked to get FCC to be the first church to host Family Promise, and she volunteers at Vacation Bible School and the Children’s Program. Christine is an active member of Lydia Ladies and the Women Together discipleship groups. She, along with two other FCC ladies, founded Lawrence Anti-Trafficking Taskforce and Education (LATTE). As a new member of the Trustee Board, she is looking for ways to use the funds God has entrusted to the Board on behalf of the church to further the mission to Gather, Grow, and Go, as well as become the church God intends us to be. 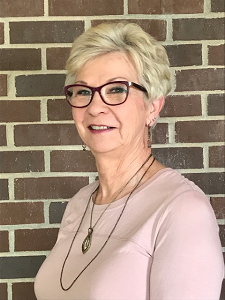 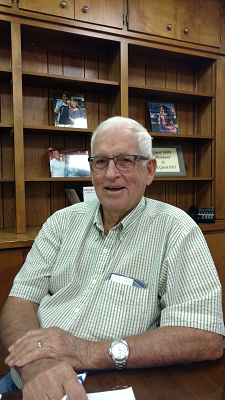 Jim and his wife Dorothy have been members of First Christian Church since 1995. Jim is in his second year on the current trustee board. He served as a trustee previously in the early 2000’s. The Congrove’s have attended services regularly since becoming members and also have been active in a D-Group and in the seniors group JOY. They also serve in the transportation and fellowship committees and assist with Family Promise.

As a trustee, Jim is working with the other trustees to guide the use of funds and resources entrusted to FCC, with the goal of doing the most with what we have to further the work Jesus and his apostles laid out for us.

Jim retired from farming and also worked for the Kansas Department of Agriculture and in the crop insurance industry before retiring to their farm northeast of Lawrence. They rent their cropland and pasture to neighbors. Jim enjoys gardening and tending to his walnut grove. Jim and Dorothy both graduated from K-State and enjoy attending football and basketball games in Manhattan.

Paul (aka Bill to some) Studebaker

I was raised in El Dorado KS, since about age 8, and baptized in El Dorado First Christian Church when I was 16. I graduated High School in 1955 and attended El Dorado Junior College (now called Butler County Community College) and the University of Wichita (now called Wichita State University). Katie & I were married in the Hillside Christian Church in July 1958 while I was working as lab chemist/field inspector. In 1961 I decided to return to school so Katie, Paula & I moved to Manhattan, KS/Kansas State University. Graduating in 1964, Katie, Paula, Susan & I moved to Pampa, TX with Cabot Corporation’s Carbon Black research facility. A 1965 vacation trip to Lawrence to visit a fellow K-Stater/El Doradoan resulted in an opportunity to return to Kansas with FMC Corporation’s Phosphorus Chemicals Division facility. Retiring from FMC in 1999, I started Southwind Environmental Associates, Inc. offering Environmental Management consulting services. Retiring totally in 2019 this Corporation is currently in ‘shutdown mode’.

We arrived in Lawrence in October 1965 and initially attended FCC to discover the attempt to establish a new DOC Church-Bethany Park Christian. We were involved in these efforts until the mid-1970s when we became heavily involved in the ‘horse world’ breeding & showing Morgan Horses. Consequently, these activities limited our church involvement until 1985 when we returned to FCC. Since then I have been heavily involved as Building Coordinator, Trustee, Trustee Chair, and Treasurer. I have also served as LINK Treasurer and continue to serve on the LINK Board. I am currently serving as ‘recycled’ Treasurer as we work through our recovery/restoration efforts and also serve as an Elder Emeritus.

Katie was quite active in LINK Board & other FCC Outreach efforts until her passing in 2016. We have three daughters, seven grandchildren and two great-grandchildren. They all live nearby and serve as my ‘supervisors’. 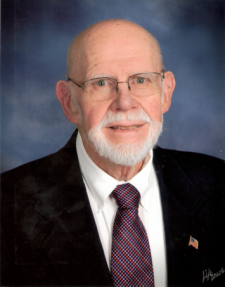